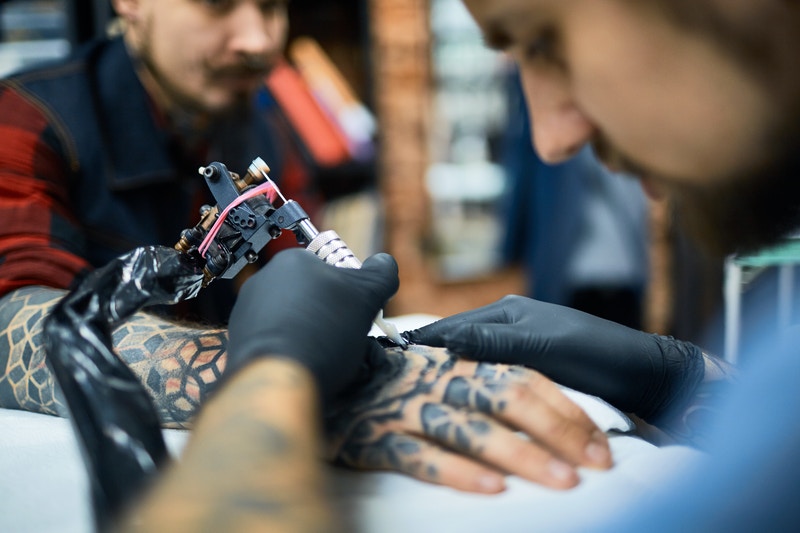 Tattoos are a statement in societies that signals something different than the norm. In religious societies, tattoos can be seen as little more than self-expression; at worst, they signal a disregard for the human body, which some, especially Western religions, see as “God’s temple.”

Tattoos, however, have been a statement for a long time as something of something (almost) counter-culture. Tattoos are looked at as a way of bucking the norm, of doing something unconventional, of not adhering to the rules and confines and norms of every day society. There are many variations on tattoos, as follows.

Tattoos can be a living testament to a person’s literary loves, music loves, cultural followings. It can be a symbol of a marginalized society, such as rainbow tattoos for the LGBTQ community or the semi colon for the mental illness community. There are variations even on those, with tattoos specialized surrounding one of those symbols.

Tattoos can be stand-alone, as in the case of a single tattoo not surrounded by or connected to others. Tattoos can be part of a sleeve (often a half sleeve or a full sleeve), where the entire arm is connected by a series of tattoos and floating colors (like a cloth sleeve). Tattoos can come as part of a package–the Mario Brothers for instance.

Tattoos are the ultimate form of personal expression. They represent the high ideas of self-love and self-caring–preparing, drawing, and inking your favorite person or symbol or picture onto the self, for their until either death, the cover up, or the removal. Tattoos are the perfect representation of a set of beliefs, of values, of community.

But tattoos have a negative side as well, one that doesn’t get talked about as much, though it does come as part of the general worry before getting a tattoo. The first is simple: Tattoos etch ink into the skin. They are only removable through painful treatments, sometimes involving lasers.

The person must be set at that point on getting the tattoo. A wary tattoo seeker is not a good tattoo seeker. Tattoo seekers must be firm about their convictions, lest they come up with a tattoo that they want removed a day later. The removal part is the most pressing concern typically of a first time tattoo seeker.

The second concern is that the artist may mess up the tattoo, leading to a tattoo which is not nearly as good and which is there until death, the cover up, or the removal. A tattoo that doesn’t look nearly as good as other will stand out in a negative fashion to individuals and reflect poorly.

The third concern is simple: A person may just grow out of love with a tattoo. The tattoo may fade with time, both literally and figuratively, which is disappointing for the tattoo owner and may leave them with a bad impression for days to come. This is all mitigated by the simple use of a tattoo that has none of those issues and comes without the concerns:

According to the Food and Drug Administration, temporary tattoos are defined as decals used to decorate any part of the body, usually lasting between one and seven days. They are typically popular with children and at Halloween. Almost three in ten Americans have at least one permanent tattoo but one fourth regret getting one.

A recent study suggests that one in ten people who get a permanent tattoo experience infection, itching, and other adverse reactions. This makes temporary tattoos that much more attractive.